IPMS members from all over New Zealand met to compete for top honours for their model building skills across a range of subject areas, including aircraft, military equipment, civilian vehicles, dioramas, ships, figures, science fiction and miscellaneous items. Members formed judging teams to assess the quality of model building and rate each model against gold, silver or bronze construction standards. The models were then assessed for the best in each Category, and those models were re-assessed to determine the Best in each Class.The top models in each Class were then reviewed by the judges for awarding the positions of 'Best in Show' and 'Runner up'.

At a social event on Saturday evening the COMS Event Manager announced the winners of  'Best in Show' and 'Runner-up to Best in Show' and presented the awards. All other modellers found out their various statuses the following morning when they saw the ribbons and trophies that had been placed beside their models.

Best in Show: Greg Blick of Christchurch for his Diorama 'Last attack of the charging bull', Model # 206 in the D1 Category. 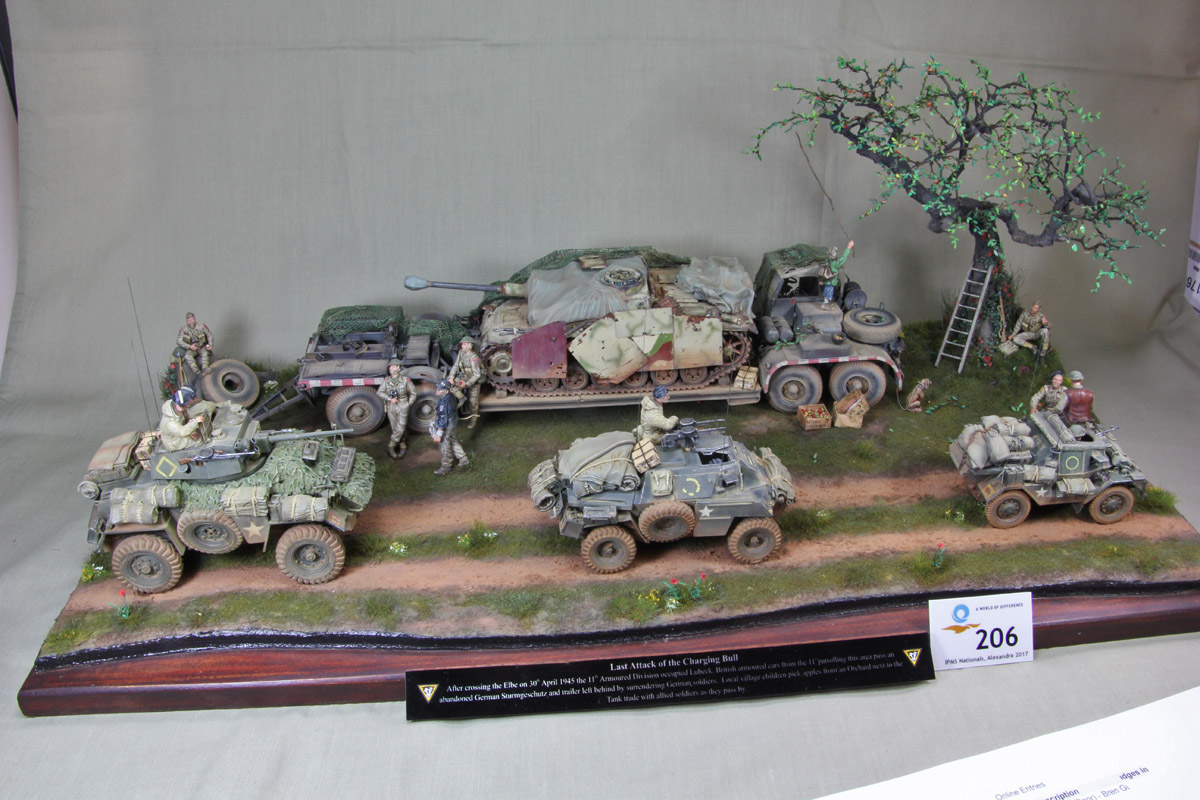 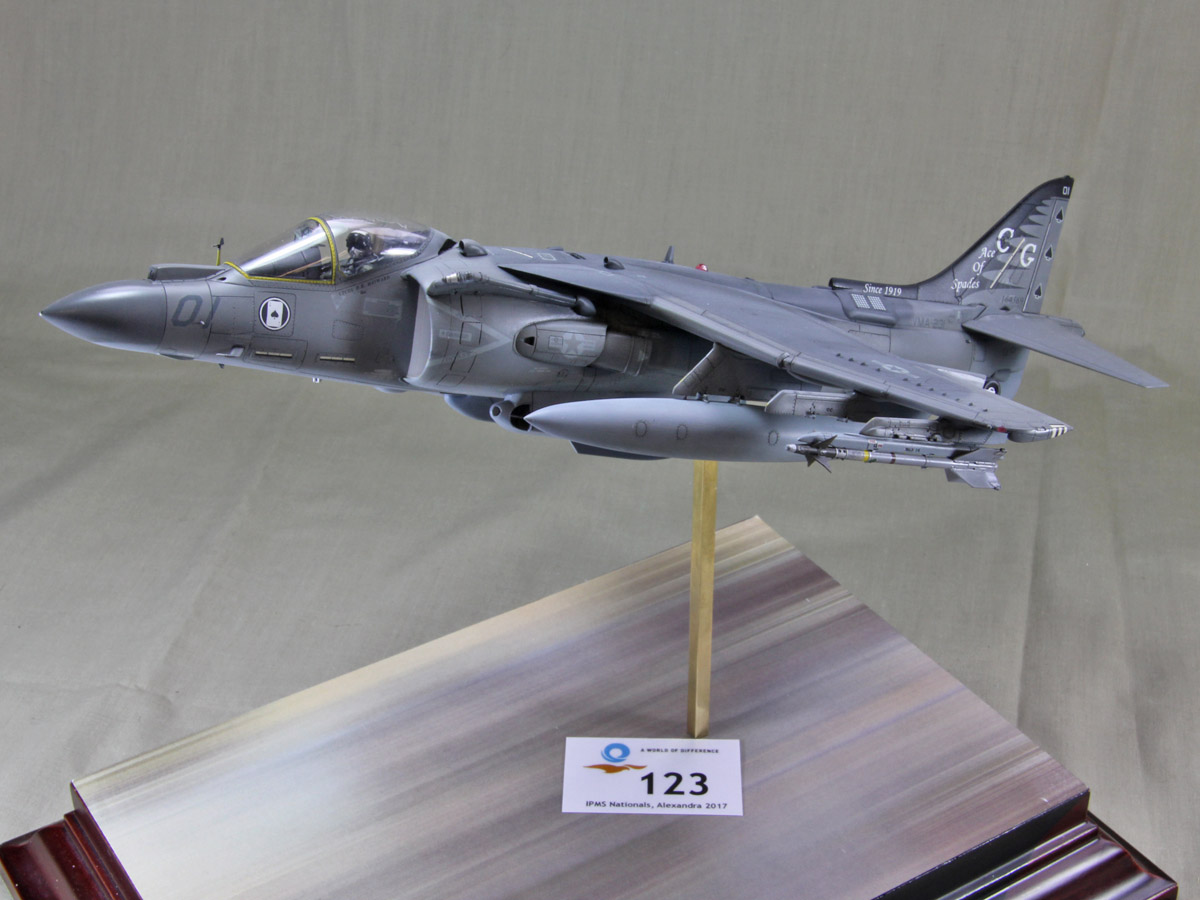 Model pictures are on the IPMS 2017 - Pictures page.