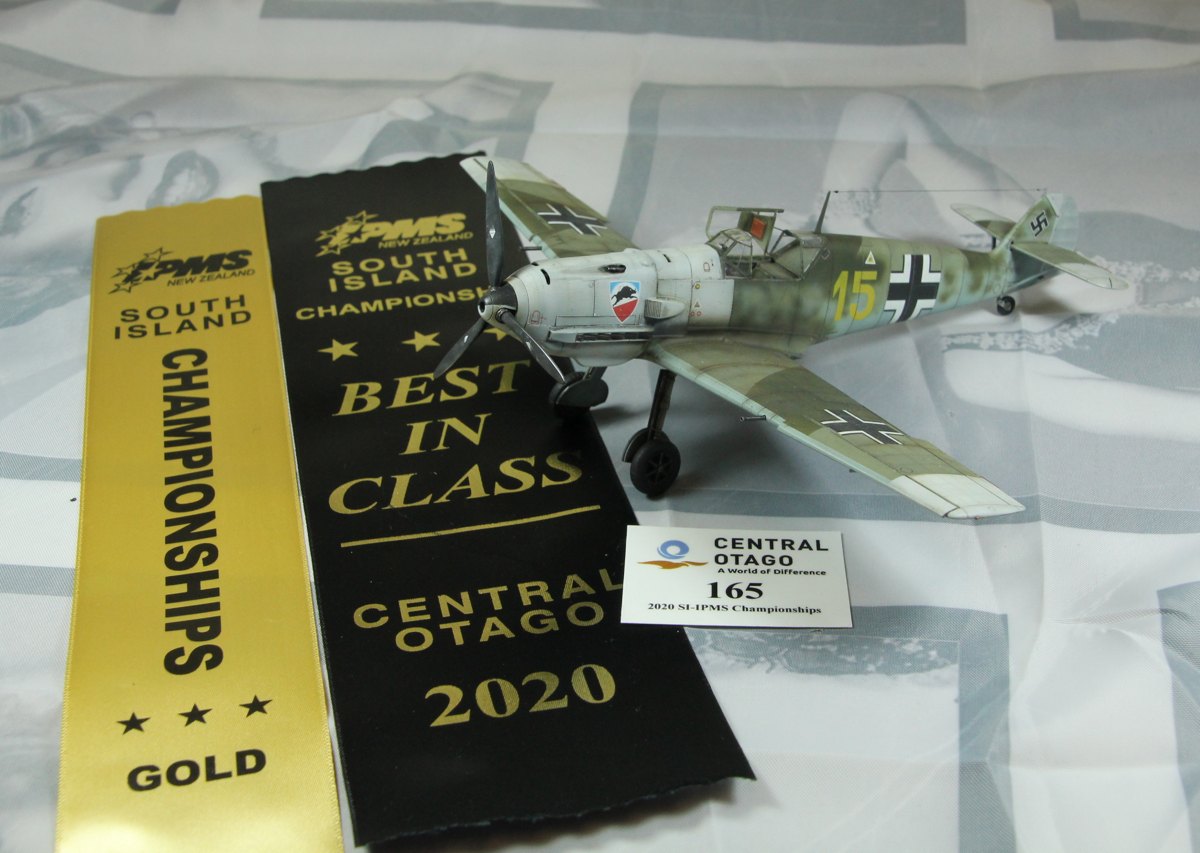 Aircraft:
John Fenton of Christchurch for his 'Eduard Bf109E' airplane, Model 165 in the A3 (Aircraft) Category. 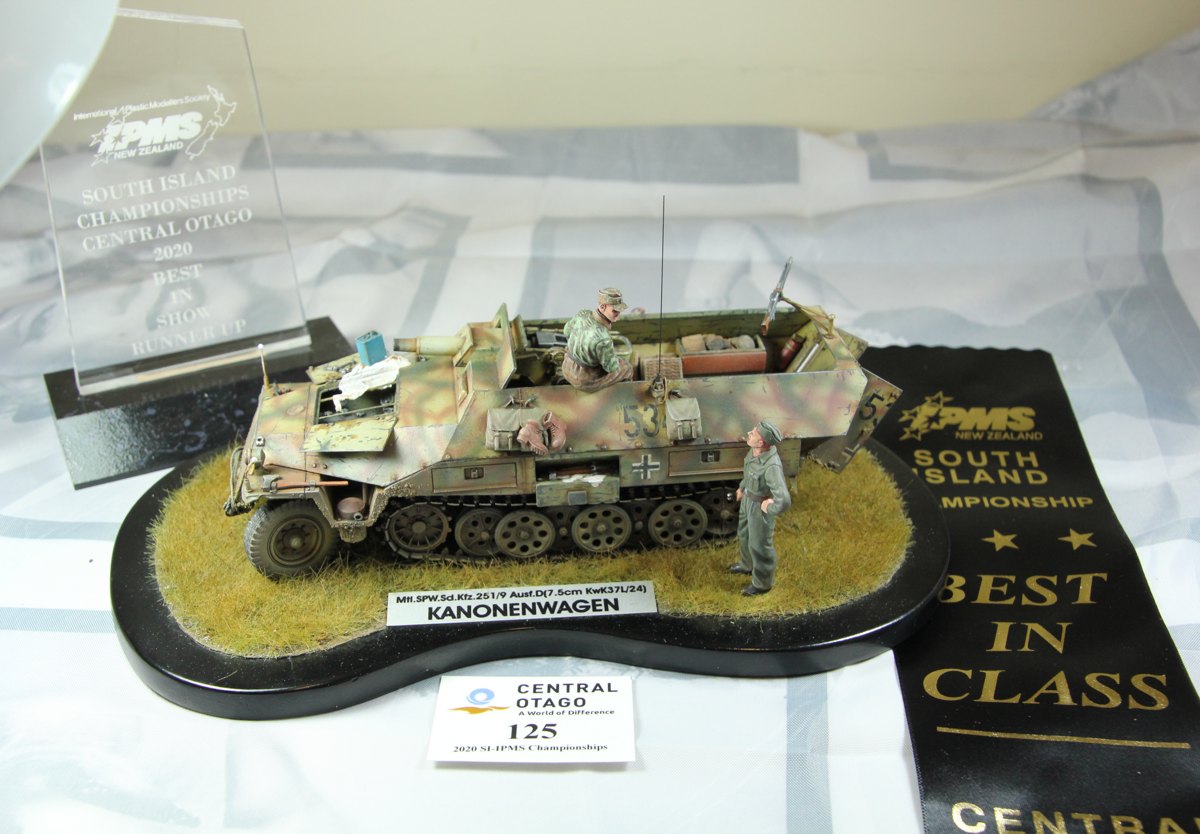 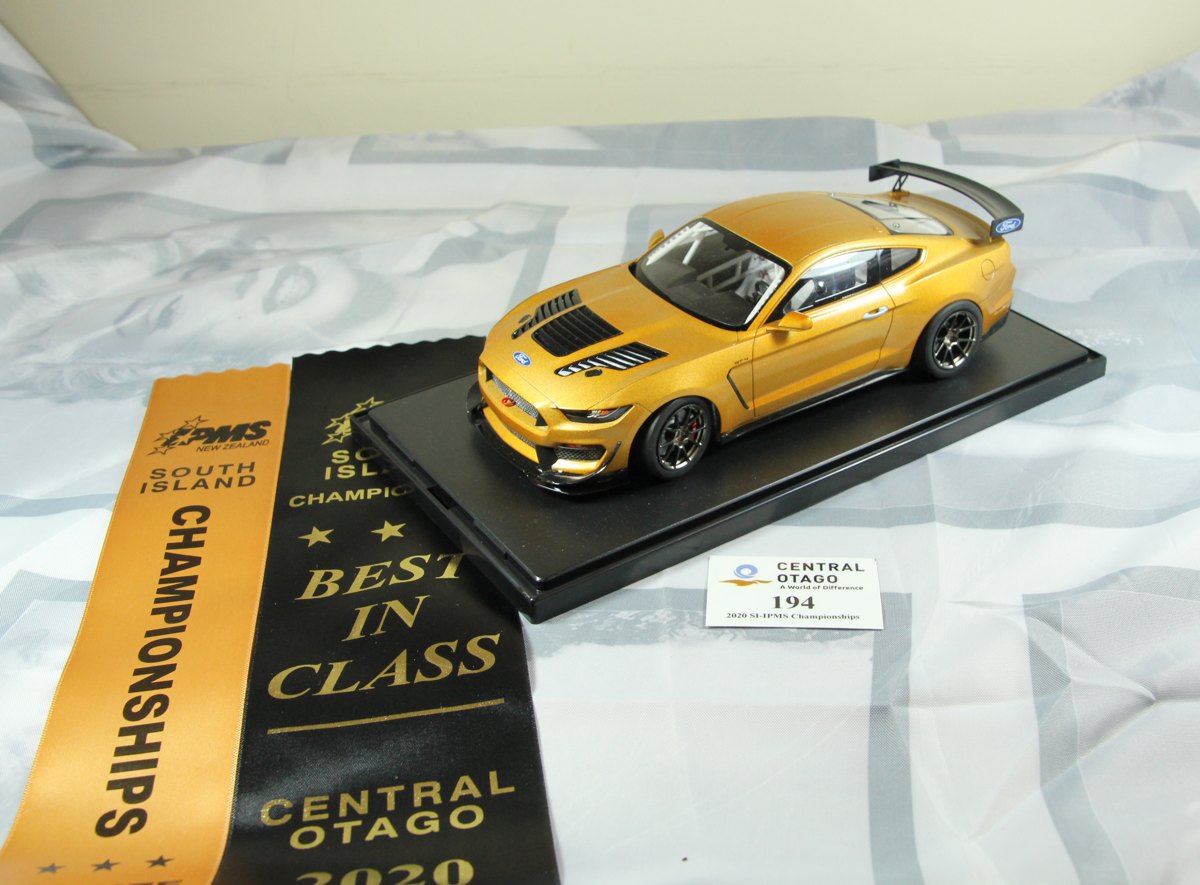 Civilian:
Stefan Rodger for his 'Mustang GT 4', Model 194 in the C1 (Cars and Utes/Vans) Category 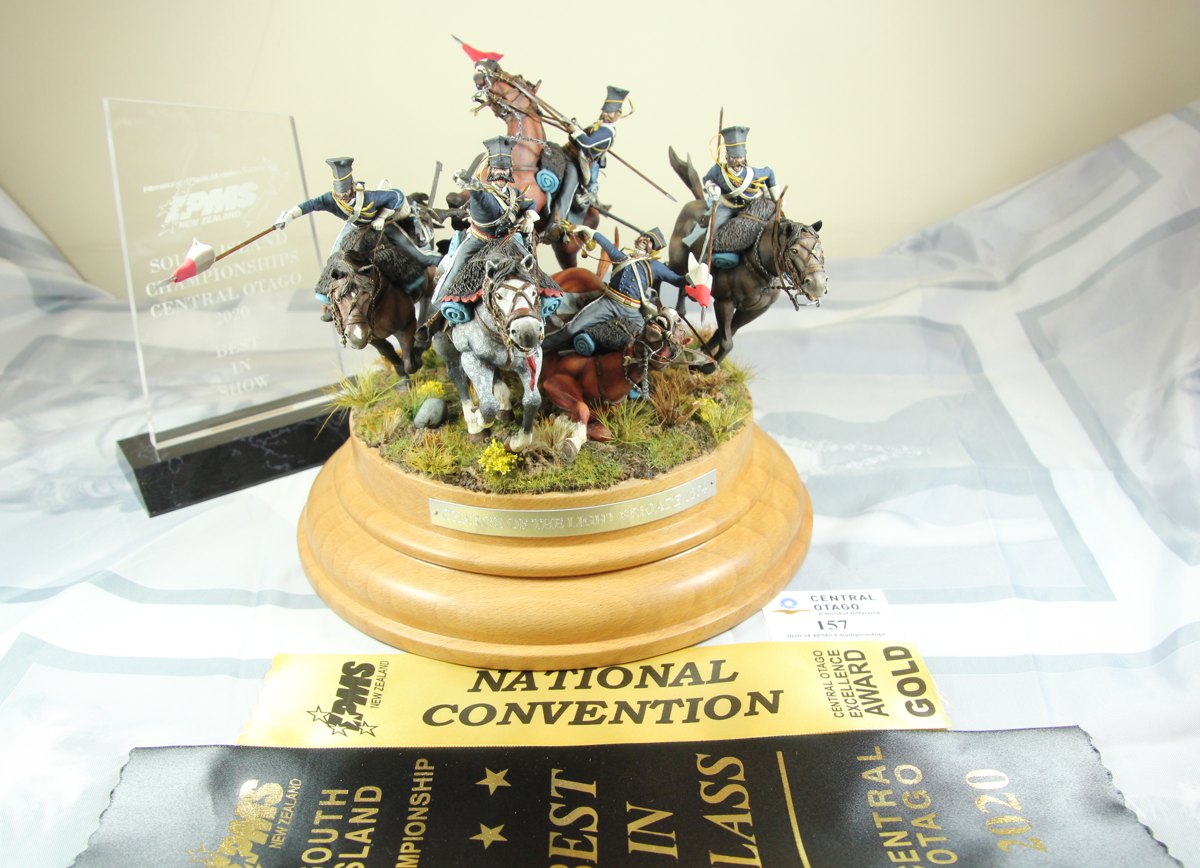 Diorama:
Zane Purdom of Christchurch for his 'Charge of the Light Brigade', Model # 157 in the D2 (Figure Vignette) Category. 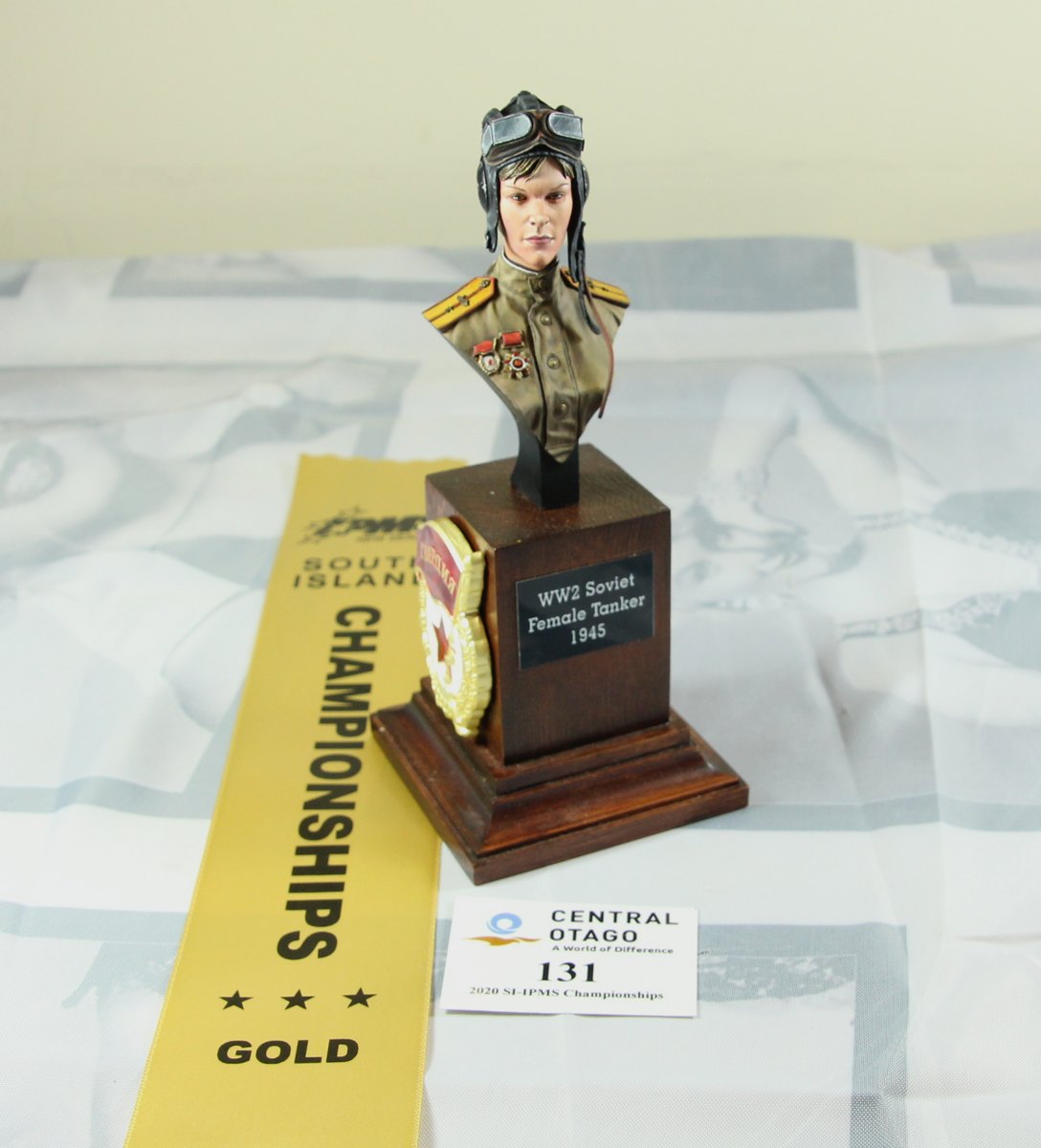 Figures:
Gary Greer of Invercargill for his 'Russian Tanker Female', Model 131 in the F3 (Busts) Category. 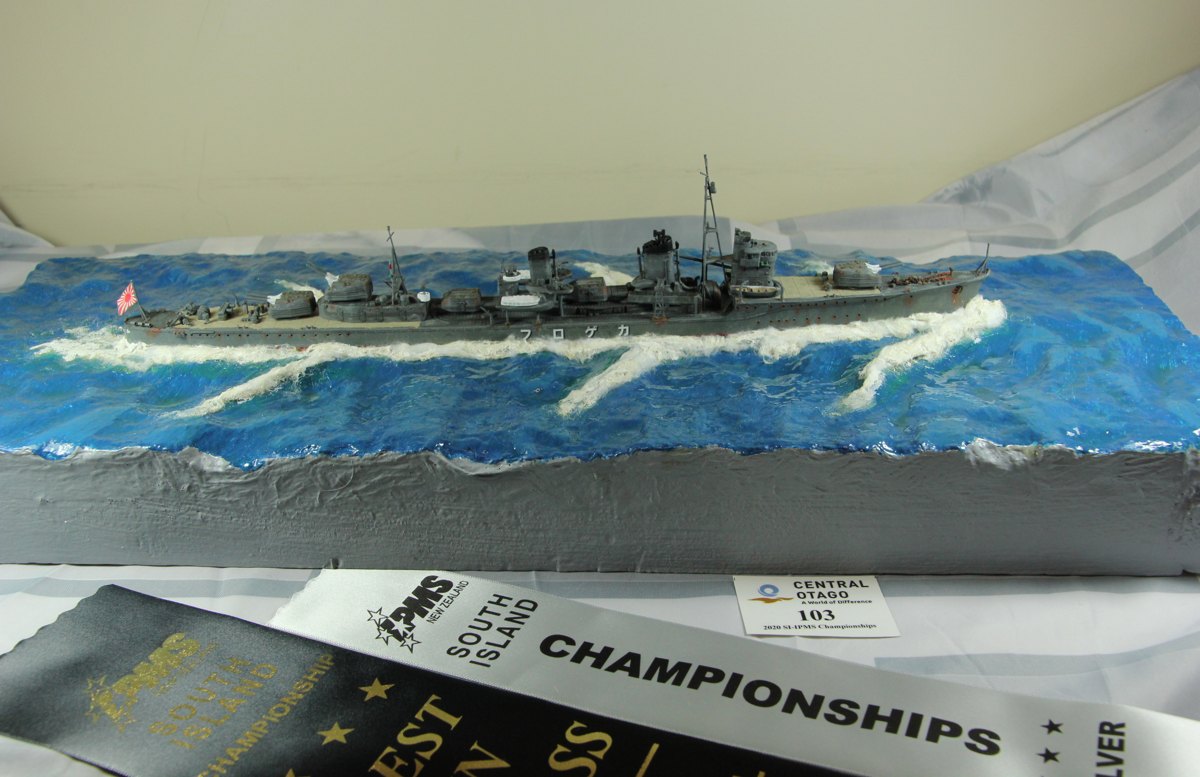 Ships:
Ronald McCauley of Alexandra for his 'Japanese Destroyer', Model 103 in the E2 (Ships) Category. 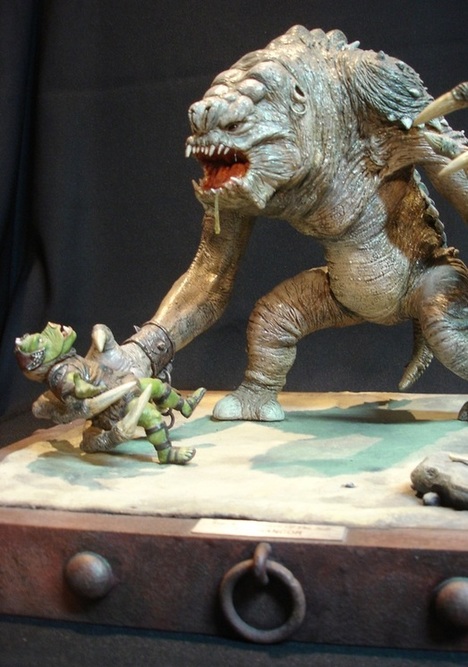 SciFi:
Greg Bradock of Invercargill for his 'Rancor', Model 195 in the G2 (Science Fiction) Category.
(IPMS Southland Image - someone ran away with The Rancor before we could photograph it!) 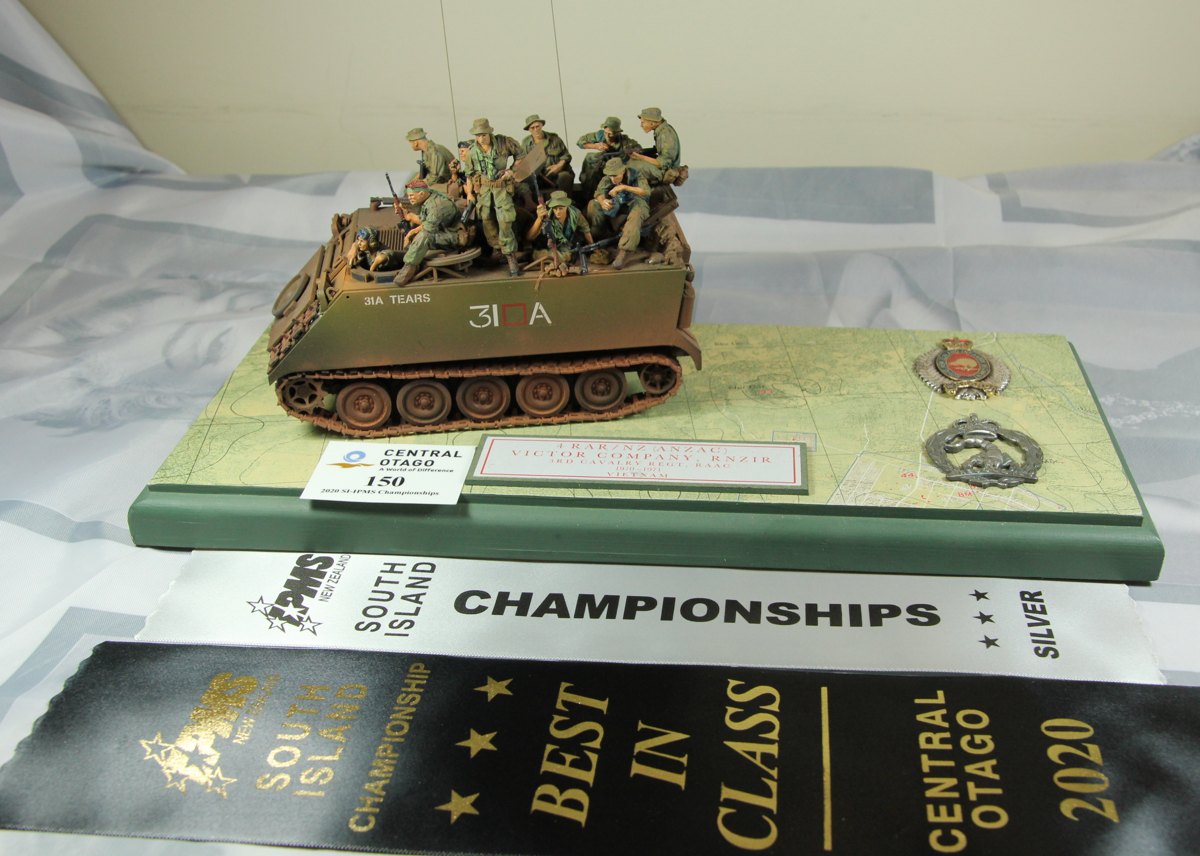 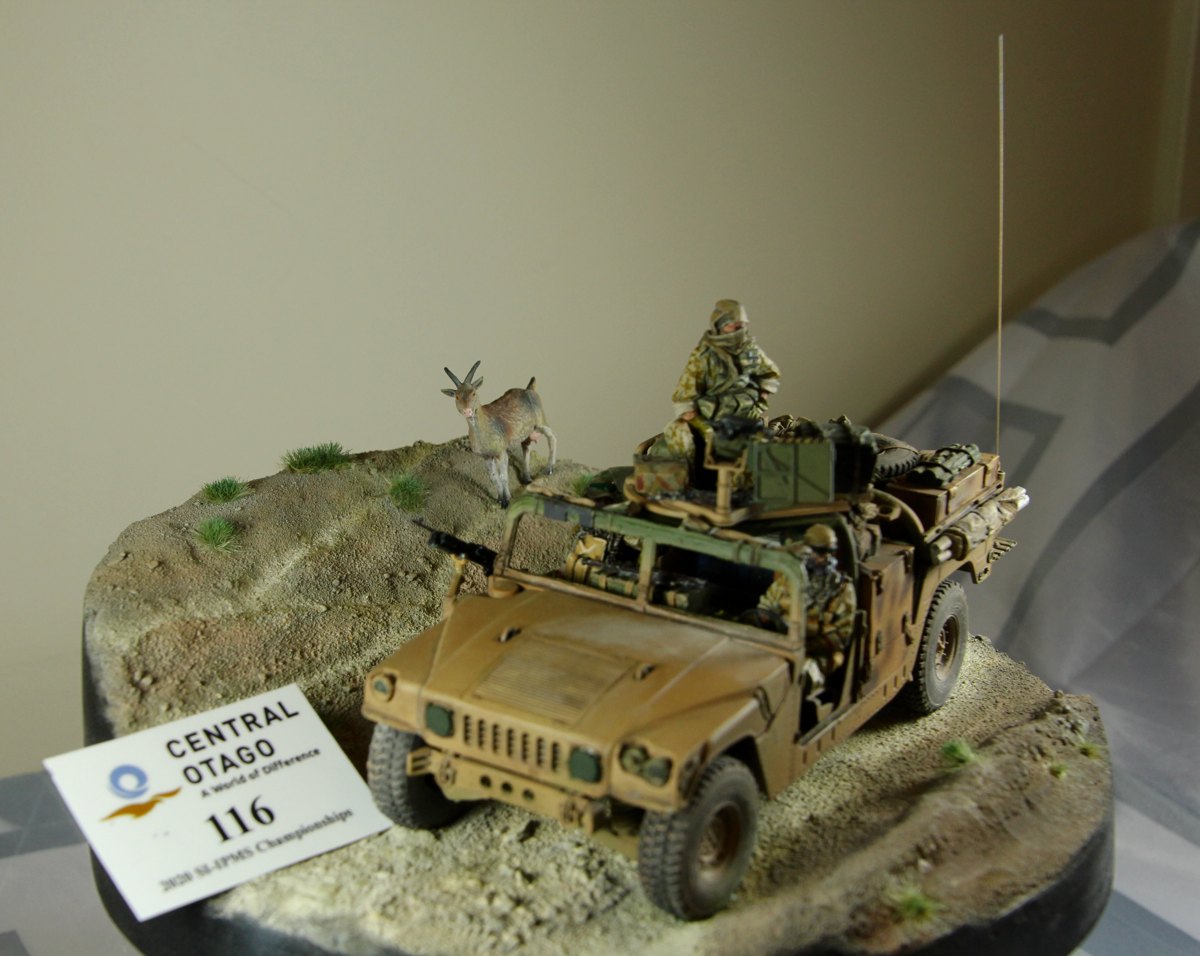 Most Incongruous Model
Thomo Thomson for his 'NZSAS Hummer with crew', Model 116 - 'How come that goat is still walking?' 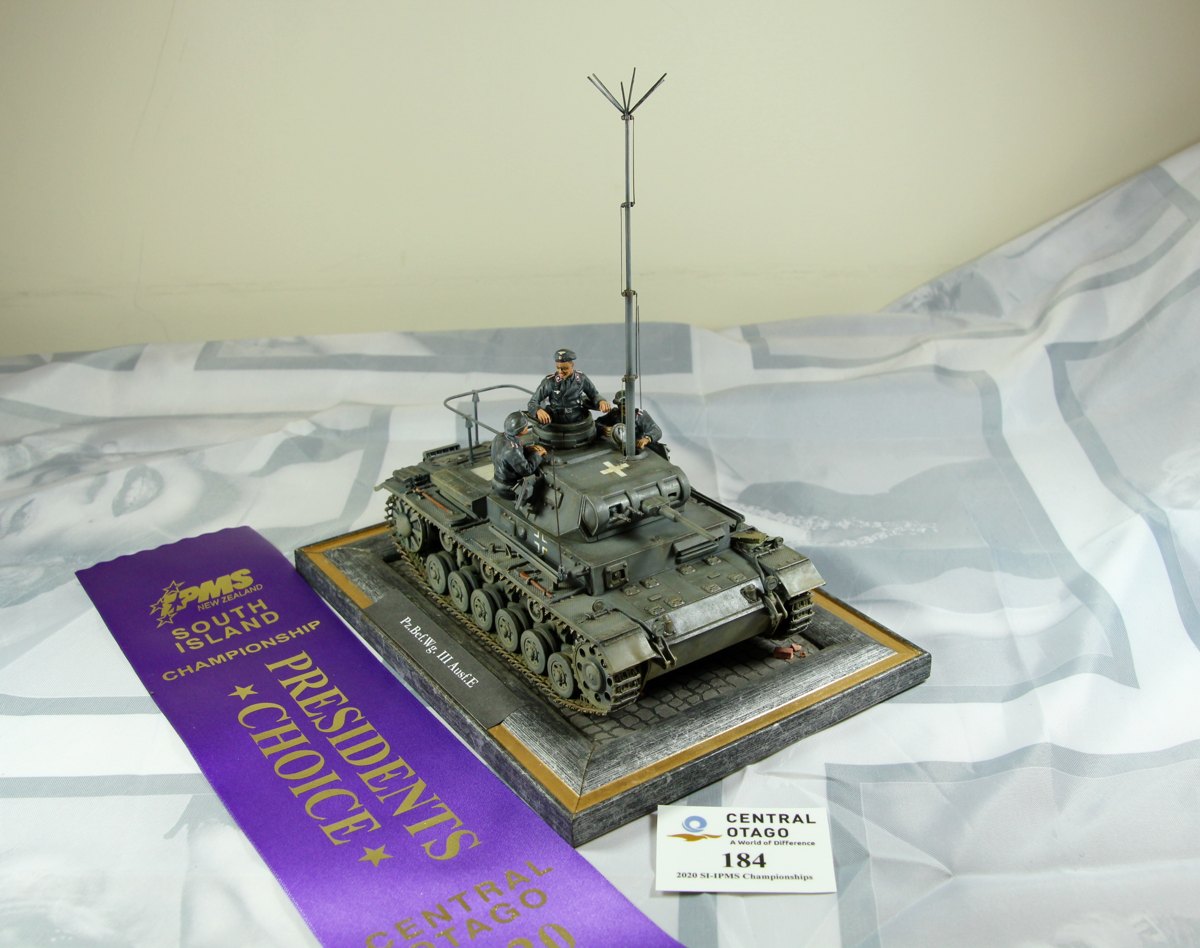 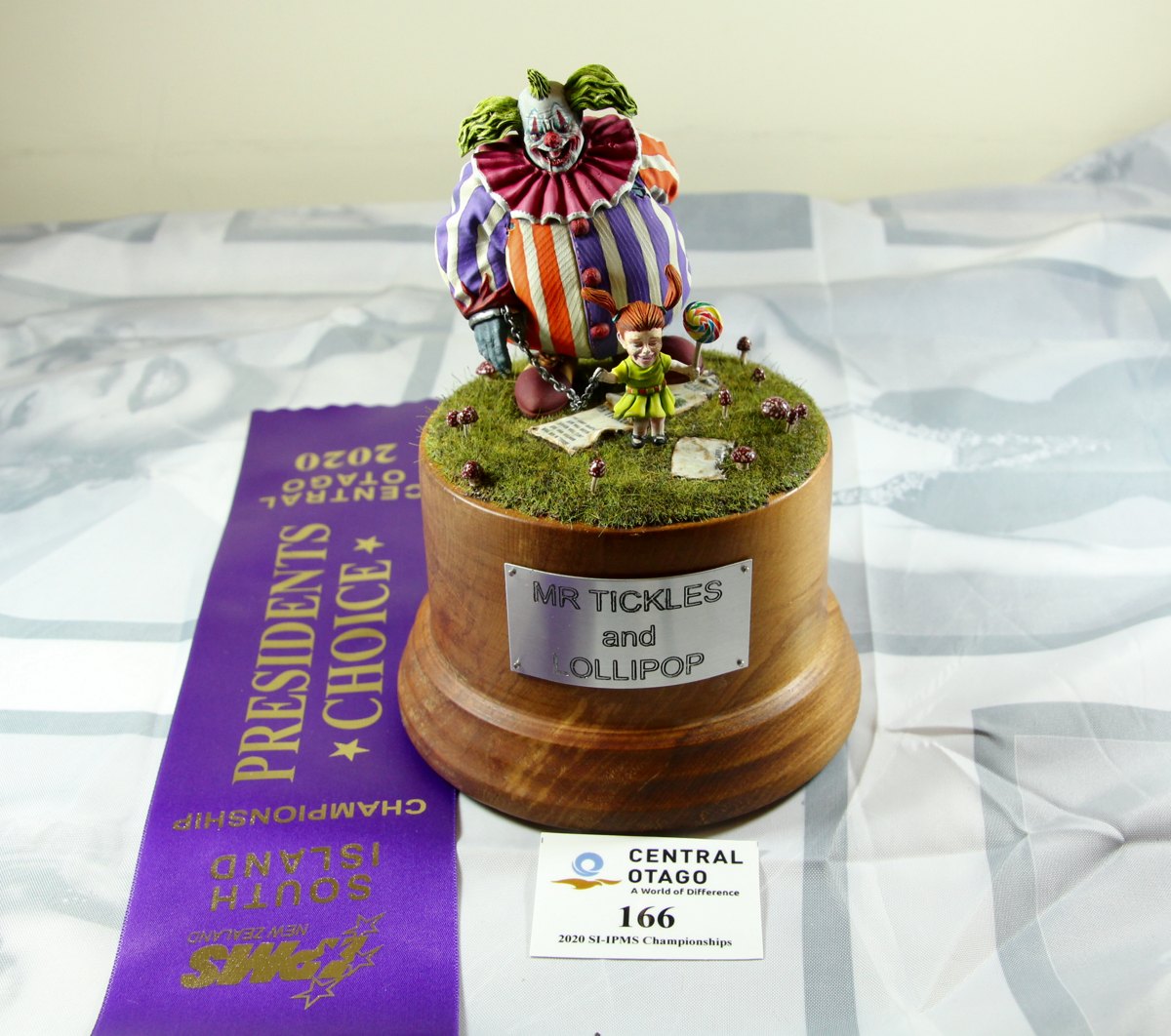 Most purple model to match the President's Choice ribbon colour
Zane Purdom for his 'Mr Tickles and Lollipop', Model123 for the clown's purple-striped clothes. 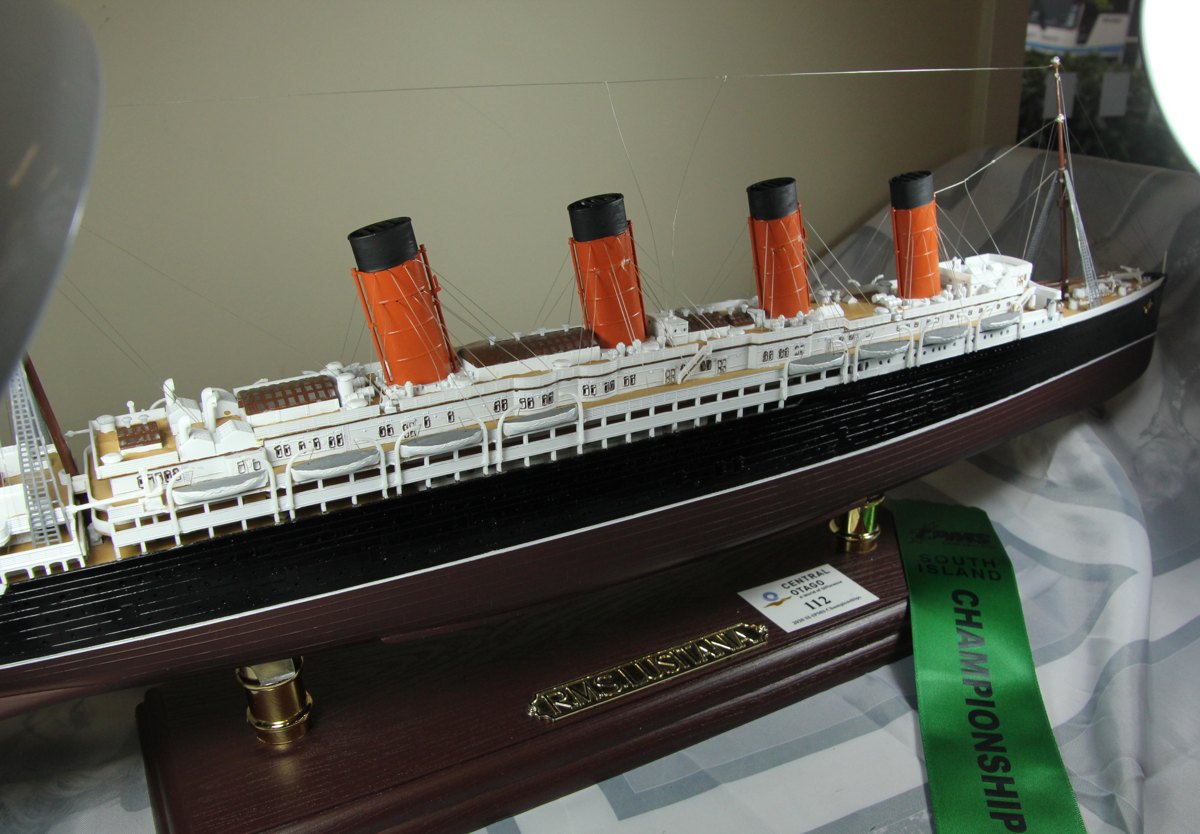 Cats Cradle of String Category
Steve Hills for his 'RMS Lusitania', Model 112 for the wires and ropes going in all directions. 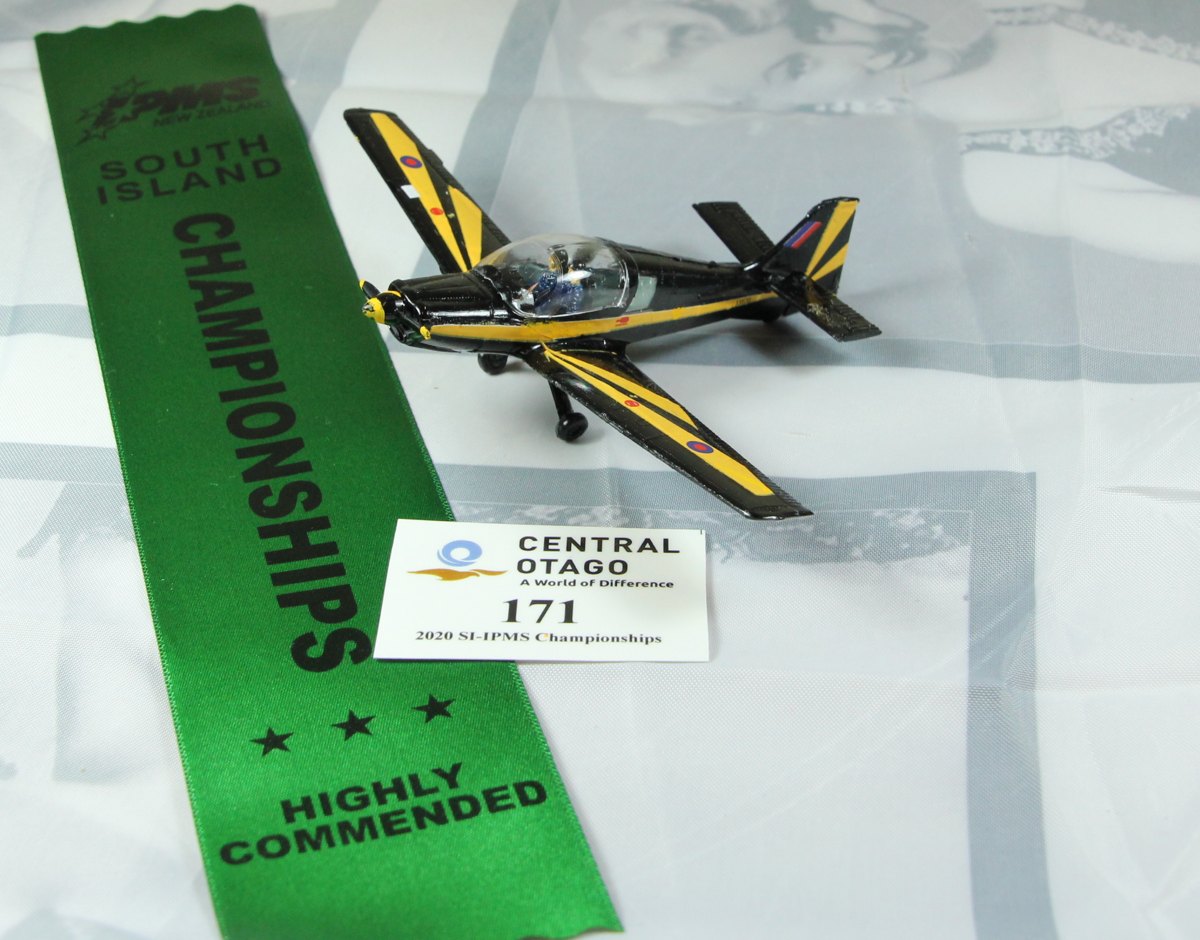